Mike Hahn was an artist who loved to live life. With a passion for family, books, music, movies, sports and politics, he loved sharing his wisdom of the world

Michael Dean Hahn passed away peacefully on Sunday, January 9th 2017. Mike was a unique soul with a never-ending canvas. He did things his way, in his own time, and he loved every minute of it.

Raised in Ann Arbor he also enjoyed visits to Eastern Kentucky with his mother’s family. It was here Mike developed his deep love for Blue Grass music and a taste for Biscuits and Gravy.

His parents owned a cottage “Up-North” in Lovells, Michigan where Mike enjoyed snowmobiles, learned to shoot guns and archery. He attended Ann Arbor High School, possessed a passion for all things U of M (Go Blue) and Detroit sports, had an interest in art, U.S. and World History and he enjoyed the local Ann Arbor/Detroit music scene. He became an extremely polished billiards player, schooling many of the regulars in the local halls and pubs. 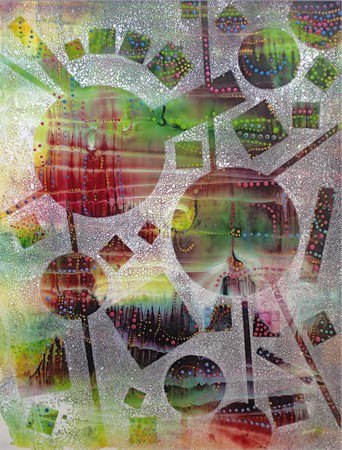 Mike continued his education at Washtenaw Community College before being drafted into the United States Army, serving a tour in Vietnam. When Mike returned from his services, he worked at the Ann Arbor Telephone Co., where he had the fate of installing a phone line for a beautiful girl, who would become the love of his life. He later worked for his father, Bob Hahn, as a truck-driver for Hahn & Company.

Mike married Dianne (Vedder) Hahn on October 13, 1973 and from 1975-1981 the Hahn family expanded with the birth of three sons (Michael, Aaron and Max) and one daughter (Aubrey). Settling in Saline, Michigan, Mike’s new chapter as a father and family man became his greatest and most passionate act. Family fun was filled with vacations to Florida, and Gulf Coast beaches, as well as regular trips “Up North” where he enjoyed canoeing down the Pine River. Mike was an active participant or spectator in his children’s extracurricular activities, whether it was sports, music recitals and more. He enjoyed coaching his sons’ and daughter’s sports teams, both officially and un-officially.

Mike’s presence and passion was heard and visible at ALL of these events. Mike worked as a city driver and eventual Union Stewart at Yellow Freight trucking, out of Detroit. He was only 57 years young when he retired in 2004 after thirty years of service. It was this accomplishment of supporting his family and contributing to the graduation of all four of his children from major universities that Mike took the most pride in. He was able to enjoy a fulfilling retirement at a relatively young age and watch his sons and daughters marry and start families of their own.

Shortly into this next chapter, and prior to becoming the proudest grandpa that one can imagine, Mike re-visited his passion and hobby in the Arts. He picked up the paint brush once again and displayed the genius that had been put on the back-burner for so many years. His paintings made an extreme impression on willing eyes. If you knew Mike, he certainly loved to impress. Soon after, Mike joined local art-groups and even had a brief stint with a local acting club. He began to sell his works of art and was showcased in several exhibits within Washtenaw County. Fortunate to become a member of the Chelsea Painters, Mike gained new friends and connections within the Art community.

A true family man, he loved his family and friends dearly. As he put it shortly before his passing, “I love living.” Breathe easy, sweet genius. The impressions you have made will never fade. (Excerpts from Mike’s obituary by Dianne Hahn)

Michael Hahn was a “self taught” painter working primarily with Acrylic. His style was called pointillism, and his subjects were as Mike said, “all over the map”, ranging from “dreamy Midwest landscapes”, to Great Lakes seascapes, still lifes, and figures. Mike drifted along in that nether world between abstract and representational, real and surreal. His paintings invited you in, let you wander around and see the sights, and perhaps find a story in there, somewhere….